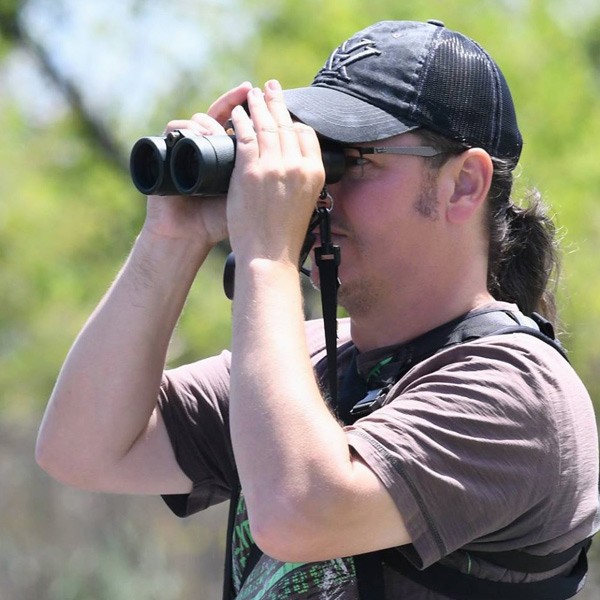 Tim Arthur has always loved nature and wildlife and loves sharing this passion with others. While working as an Audio Engineer in the film & television industry he was fortunate to edit and mix the sound for the Profiles of Nature series for several years which aired in over 300 countries, as well as many other award winning wildlife documentaries. Tim has worked for Birds Canada since 2017 doing wetland bird and amphibian surveys across Ontario as well as some video productions. In 2017 Tim criss-crossed Ontario several times while doing a Big Year with his good friend and field work partner Jeremy Bensette, in which time he tallied a whopping 329 species himself! An accomplished photographer and tour guide, Tim has led birding trips for the Point Pelee Festival of Birds, the Huron Fringe Birding Festival, the Ontario Field Ornithologists as well as some private birding and photography tours.